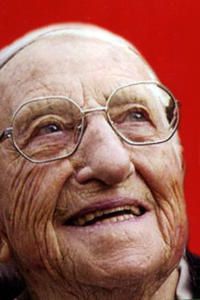 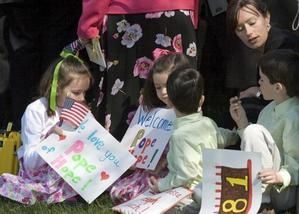 Today, America Remembers The Innocent Who Lost Their Lives In The Most Barbaric Attack In Our Nation's History.  We remember the heroic men and women who risked and sacrificed their lives so others might survive; we extend our thoughts and prayers to the families and friends of those who were lost; and we honor the selfless men and women of our Armed Forces, the dedicated members of our law enforcement and intelligence communities, and the thousands of others at the local, State, and Federal levels who protect our country, secure our liberty, and work to prevent future attacks. 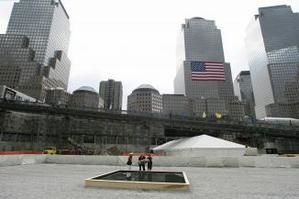 Since September 11, 2001, The President's Top Priority Has Been Protecting The American People From Attack.  The 9/11 attacks showed the ruthlessness of the enemy America faces.  In response to this threat, we are on the offense against our enemies to confront threats before they reach U.S. soil, and we have strengthened our defense against another attack through new homeland security programs and stronger government institutions and laws.
We Are Attacking Terrorism At Its Roots By Advancing Freedom, Liberty, And Prosperity As The Alternative To The Ideologies Of Hatred And Repression.  The War on Terror is more than a military conflict – it is the decisive ideological struggle of the 21st century.  To keep our Nation safe, America must continue to support those in nations like Iraq and Afghanistan seeking to build free societies and democratic institutions that provide an alternative to the hateful ideology of extremists and brutal dictators.
Our Intelligence Professionals Are Using Available Tools To Stay A Step Ahead Of Our Enemies And Congress Must Act To Make Those Tools Permanent.  The Protect America Act of 2007, which President Bush signed into law on August 6, 2007, modified the Foreign Intelligence Surveillance Act (FISA) to give the Intelligence Community necessary tools to acquire important information about our enemies.  Passed with bipartisan support in the House and the Senate, the Act restores FISA to its original focus of protecting the civil liberties of Americans, while not acting as an obstacle to conducting foreign intelligence surveillance on targets located in foreign countries.  But this new statute is a temporary and narrowly focused measure to deal with the most immediate shortcomings in the law.  It is essential that Congress act to make the Protect America Act permanent and to extend it by providing meaningful liability protection to those alleged to have assisted our Nation following the 9/11 attacks.
We Have Been On The Offense Against Our Enemies Since The 9/11 Attacks

Since 9/11, The United States And Our Allies Have Been Fighting A Global Struggle Against A Terrorist Enemy Seeking To Impose Its Violent, Evil Vision On Free And Peaceful People Throughout The World.  Together, we have committed to defeating the threat by working to attack the terrorists and deny them safe haven wherever they try to hide. We have strengthened our cooperation with partners in key regions to undermine al Qaeda's attempts to tap into and to co-opt regional terrorist networks for their own strategic purpose.
We are working to cut off terrorist financing and disrupt their networks.
We have provided training, equipment, and other assistance to build the capacity of foreign partners to attack and defeat terrorists and to strengthen their ability to conduct law enforcement, financial, regulatory, intelligence, and military activities.
We Are Fighting Violent Extremists In Iraq And Afghanistan And Across The World So That We Do Not Have To Fight Them On American Soil.  These extremists want to overthrow rising democracies, claim a strategic country as a haven for terror, destabilize the Middle East, and strike America and other free nations. This is why success in Afghanistan and Iraq is vital – and will be a terrible blow to the extremists' ambitions.

The U.S. And Our Allies Have Disrupted Key Terrorist Plots Since 9/11.  Recent examples include:

September 2007: German authorities disrupted a terrorist cell planning attacks on military installations and facilities used by Americans in Germany. The Germans arrested three suspected members of the Islamic Jihad Union, a group that has links to al Qaeda and supports al Qaeda's global jihadist agenda.
September 2007: Danish authorities disrupted a cell, which included one al Qaeda-trained individual, planning terrorist attacks using explosives.
June 2007: Four individuals were charged with plotting to blow up major fuel tanks at JFK Airport.  Three of the individuals have been arrested, and the U.S. is pursuing extradition of the fourth.
May 2007: The FBI arrested six al Qaeda-inspired individuals plotting to kill soldiers at Fort Dix Army Base in New Jersey.  The plotters purchased weapons for the attack, which they had been planning since January 2006.
August 2006: British authorities broke up a plot to blow up passenger airplanes flying from the UK to the U.S.  Our Intelligence Community believes this plot was just two to three weeks away from execution and could have rivaled 9/11 in the death and destruction caused.
We Have Created New Institutions And Enacted Laws To Help Us Win The Long War Against Terrorism We Have Worked With Congress To Enhance Information Sharing Between All Levels Of Government So We Can Stop Terrorists Before They Strike.  We have:

Created The Department Of Homeland Security (DHS).  This agency brings 22 Federal entities under one roof to better coordinate efforts to protect the U.S. Homeland.
Passed The USA Patriot Act.  This Act has increased the flow of information between law enforcement and intelligence officials and helped break up terrorist cells in the United States.
Created The National Counterterrorism Center (NCTC).  At the NCTC, law enforcement and intelligence personnel work side-by-side on terrorist threat analysis and conduct strategic operational planning to ensure the work of departments and agencies in the War on Terror is well coordinated and responds directly to the threats we face.
Created The Position Of Director Of National Intelligence (DNI).  The DNI coordinates and integrates the work of the Intelligence Community as a unified enterprise and serves as a core part of our national security team helping to keep the American people safe from harm.
Established The Terrorist Screening Center (TSC).  The TSC maintains the Government's consolidated list of suspected terrorists and individuals with terrorist links and helps get this information into the hands of State and local law enforcement.
We Are Increasing Our Cooperation With Key Allies To Defeat The Global Terror Network Of Al Qaeda And Other Extremists

Iraq: Helping the Iraqis as they build their democracy is critical to keeping the American people safe from the terrorists who want to attack us.  A free Iraq will be a massive defeat for al Qaeda, a source of hope for the rest of the Middle East, and an ally in the War on Terror.

Afghanistan: The United States and the international community are helping the Afghan people build a free nation that will stop the Taliban and al Qaeda from returning to power and deny al Qaeda a base of operations.  Afghanistan, with the help of the international community, has held two free and fair elections, almost doubled the size of its economy, and expanded availability of essential services such as health and education.

Pakistan: The Pakistanis understand the threat that al Qaeda and violent extremism pose to their country and the world, and we will continue to work with them to deny terrorists safe haven in Pakistan.

North Africa: We are working with our partners to counter al Qaeda's further expansion in the Maghreb – evident in the emergence of "al Qaeda in the Islamic Maghreb" (AQIM).  This group claimed responsibility for recent terrorist bombings in Algeria, including the September 6 and September 8 attacks, which resulted in the death of a number of civilians.

Persian Gulf: We are working with allies in the region to strengthen efforts to dismantle terrorist cells, stem terrorist financing, and undercut the ideology used by al Qaeda and its supporters to justify the murder of innocents.

Southeast Asia: We are assisting host-nation counterterrorism efforts, which has resulted in the disruption of local plots and terrorist networks known to target Western interests.  We also continue to cooperate with the Philippine and Indonesian governments on their counterterrorism efforts, which has led to the arrests and killings of key Abu Sayyaf and Jemaah Islamiyah figures. We Are Implementing Programs To Increase Border And Transportation Security

Doubling The Size Of The Border Patrol: Since the President took office, border security and immigration enforcement funding has increased more than 126 percent, and by the end of 2008, the President will have doubled the size of the Border Patrol since he took office to over 18,000 agents. The Administration has also launched the Secure Border Initiative, which will provide the appropriate mix of personnel, infrastructure, and technology to help secure our Nation's borders.

Screening Visa Applicants: All applicants for U.S. visas are checked against extensive databases with terrorism-related information, and all international air and sea passengers on international voyages originating or concluding in the U.S. are vetted against a consolidated terrorist watchlist.  Since 9/11, we have instituted mandatory interview requirements for virtually all applicants for visas to United States.  We have also launched US VISIT, a program that collects biometrics of virtually all visitors to the United States.  We are able to run these prints against United States government databases to help identify travelers and keep out those who intend to do us harm.

Screening Containers: DHS established the Container Security Initiative, under which 78 percent of the containers that enter U.S. seaports are screened before they leave for our country.  In addition, virtually all containers (98 percent) entering U.S. seaports will be scanned by high-tech radiation detectors by the end of this year.  DHS also launched the Secure Freight Initiative to help identify radiological or nuclear threats well in advance of a container's arrival to our country.

Improving Aviation Security: Since 9/11, we have taken substantial steps to improve aviation security, while maintaining the efficiency of air transportation for the traveling public.  Highly trained Transportation Security Officers screen passengers and baggage at airports across the country.  Federal Air Marshals protect hundreds of domestic and international flights every day. We have hardened cockpit doors, armed pilots to defend the flight deck, and strengthened air cargo security.

Passenger Name Record Agreement: Last month, we reached a Passenger Name Record agreement with the European Union in which the EU agreed to continue to provide us with access to pertinent data from airliners on passengers taking transatlantic flights to and from the EU.  We also collect this information on arrivals from other regions as well.
Advanced Passenger Information System: Last month, we enhanced our Advanced Passenger Information System by publishing a final rule requiring international air and sea carriers to provide Customs and Border Protection passenger manifest information prior to boarding, rather than when planes are already in flight and cruise ships are underway.
Partager cet article